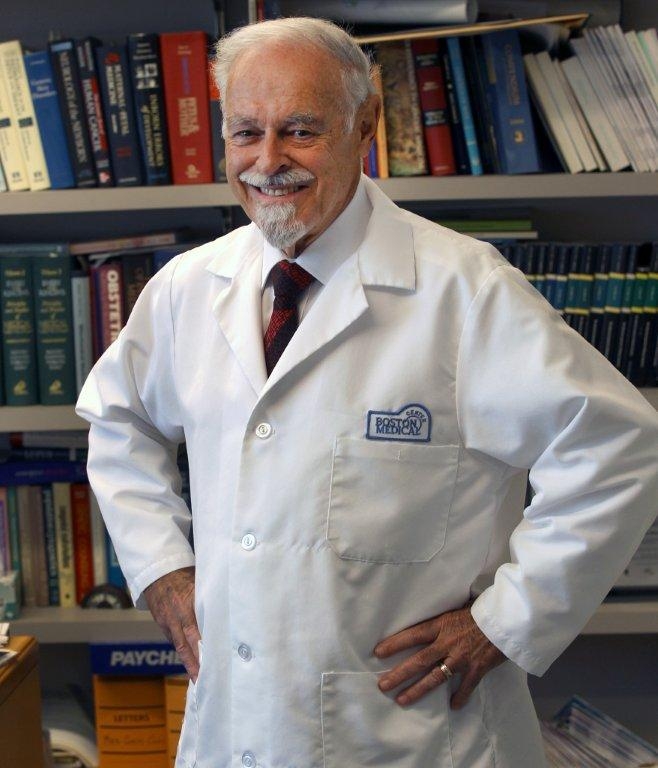 Dr. Aubrey Milunsky is Adjunct Professor of Obstetrics, Gynecology and Reproductive Sciences at Tufts University School of Medicine. He is also the Founder and Co-director of the Center for Human Genetics which was located at Boston University School of Medicine for the past 30 years. He was Professor of Human Genetics, Pediatrics, Obstetrics, and Gynecology, and Pathology at Boston University School of Medicine. He was born and educated in Johannesburg, South Africa. He is triple-board certified in Clinical Genetics, Pediatrics, and Internal Medicine. He served as a medical geneticist at Harvard Medical School and the Massachusetts General Hospital for 13 years before his professorial appointments at Boston University. The Center’s laboratories are a major international referral center for molecular diagnostics and for prenatal genetic diagnosis and privileged to receive samples from 45 countries, in addition to all states in the United States.

He is the author and/or editor of twenty-five books including the 7th edition of his major reference work Genetic Disorders and the Fetus: Diagnosis, Prevention and Treatment, now co-edited with his son Jeff, who was Professor of Pediatrics and Genetics and Genomics at Boston University School of Medicine. This book received the “Highly Commended” Award Certificate in 2010 from the British Medical Association. The 7th edition has just been published. His latest book for the lay public was published by Oxford University Press entitled Your Genes, Your Health: A Critical Family Guide That Could Save Your Life. This book will appear in Indonesian. An earlier book (Know Your Genes) appeared in 9 languages.

He has given many invited lectures including in 34 countries and the Vatican.

In 1982 he was honored by election as a Fellow of the Royal College of Physicians of England. In 1982, his Alma Mater, the University of the Witwatersrand School of Medicine, conferred the D.Sc. degree for his work on the Prenatal Detection of Genetic Disorders. He is an elected member of the Society for Pediatric Research and the American Pediatric Society, and a Founding Fellow of the American College of Medical Genetics. The Consumer Research Council of America has listed him repeatedly in their “Guide to America’s Top Pediatricians”.

He led the team that first located the gene for X-linked lymphoproliferative disease, first cloned the PAX3 gene for Waardenburg syndrome, and first demonstrated the 70% avoidance of spina bifida afforded by folic acid supplementation taken in the 3 months prior to pregnancy and the 3 months after conception. He and his co-workers have made the first prenatal diagnosis of various genetic disorders including tuberous sclerosis.

Dr. Milunsky is the author or co-author of over four hundred scientific communications. Boston University School of Medicine has named the AUBREY MILUNSKY CHAIR IN HUMAN GENETICS.